The way I quit smoking and a new life 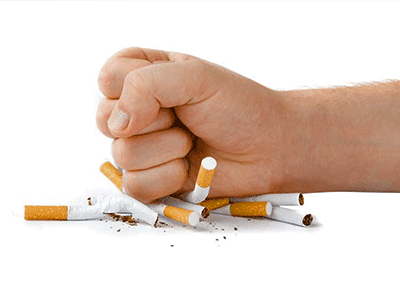 It took time for me to know how to quit smoking. We have our different strength of motivations and will-power. My method of quitting may differ from others but was effective for me.

I learned from my experiences that gradual process of quitting any bad habit would not work for me. After several failed efforts, I understood that I had to quit smoking at once and for all with great motivation and determination.

I had been through lot stress and boredom. But I never touched alcohol. I never gambled out of frustration. I was addicted to cigarettes. I did not smoke out of stress and depression. I used to smoke because I enjoyed smoking. I never smoked anything else than cigarettes.

I smoked cigarettes for 22 years and quitted 9 years ago. I started smoking when I started university. Since then, I had been smoking a lot.

I always knew that smoking was injurious to health, it can cause cancer and heart disease. But those did not scare me much.

My wife was not happy that I smoked. I also had small children home. I tried to give up smoking. I participated in a course. They usually instructed that we had set a goal and slowly reduce the number of cigarettes. They argued that we could not change our lives in a day. We had to it gradually on daily basis.

I tried to reduce smoke less number of cigarettes. I reduced smoking but it did not last long. I came back there where I was.

I visited a hypnotherapist for help quitting smoking. He tried to hypnotize me but did not succeed.

I tried acupuncture. They pinched many pins in my ears. I caused huge pain but did not affect my urge for smoking.

On some point, I felt that there was something wrong with my sexual performance, it was not functioning quite optimal
My stamina was not at the top. I saw a doctor whose impression was that smoking was prompting these troubles.He strongly advised me to quit smoking.

I was determined to quit smoking. I realized that all the lessons, I learned in course would not help. Hypnotism or acupuncture would not either.

I understood I had to do it right a way, no place for the gradual process.

I had 11 cigarettes left in the last packet. I smashed those under my feet. The next some days, I was very restless without having cigarettes. I could get sleep, could concentrate on something. But I did not smoke.

It was the hardest thing I accomplished in my life. I could hold many hours without eating, but I could not stay even half without a cigarette. I used to smoke 40 cigarettes a day. Even my wife did not think that I could quit smoking.

I did the impossible for my kids and the sake of better sex. Gradually, my sex performance was getting better. I was doing it more often. Sex stamina also was improved. My wife also was delighted.

I was able to work better and more efficiently without having a smoking break.I was enjoying parties much better without the effort of finding a smoking hole.
Another thing that unexpectedly better was my economy. In Denmark 1 packet cigarette costs 7.5 USD. I started saving 500 USD/ month. I could afford a new car.

My quality of life was much better after I gave up my bad habit. I felt like I got a new life.

I still do not smoke and I am happy with my family. Kids have grown up in a healthy environment.